The Current Legal Status Of Psilocybin

Canada and some U.S. jurisdictions are loosening their laws around psilocybin as black market dispensaries crop up.

The menus displayed on a sandwich board and in the shop’s front window boldly proclaim the store’s legally dubious offerings: microdoses and high doses of psilocybin, shroom kits, peyote, kratom (a herb native to Southeast Asia), and a variety of Bolivian coca leaf products—coca leaf is used to make cocaine. Inside, amid psychedelic paintings and drug war propaganda posters, the various drugs, some in plant form, others dried, sit in glass cases, while a barista stands behind a bar taking orders for coca leaf teas and CBD sandwiches.

“We’re sitting in a place that is unique in the world. There’s nowhere else where you can get the same range of substances and things that we do right here,” dispensary owner and longtime cannabis activist Dana Larsen told VICE World News.

Larsen’s is one of a handful of mushroom dispensaries that have opened up in Vancouver. He’s expecting the number of storefronts to grow exponentially in the coming months. Not unlike the wave of unregulated weed dispensaries that proliferated in the years preceding legalization.

“Within a few years there’s going to be hundreds of mushroom and psychedelic dispensaries across Canada,” Larsen said. The shroom boom is taking place online too. Instagram-based dispensaries marketing micro doses at people seeking mental clarity or anxiety relief are everywhere. All of this comes at a time when research into psychedelics is becoming more mainstream. Jurisdictions such as Oregon and the District of Columbia are legalizing and decriminalizing shrooms. Big Weed investors are sinking capital into medical psilocybin companies.

Larsen’s dispensary allows any adult to get a microdose of psilocybin. Doses range from 25 to 100 milligrams a capsule. A typical dose of shrooms starts at around one gram. Some people who micro dose don’t feel high at all but notice subtle changes in their mood. Others take enough to feel a milder euphoria or body high. Without the hallucinations and intensity that come with a full dose. Other products in the shop skirt around legal loopholes. For example, kratom is “not a controlled drug but you’re not supposed to sell it for human consumption,” Larsen said, “which is too bad because it’s really beneficial for people dealing with opiate withdrawal or pain relief.” He also sells LSD analogues—technically legal because their molecular makeup is slightly different to the drugs on Canada’s list of controlled substances, but producing the same effects.

As for the coca leaf tea, “it’s got a nice stimulating effect. It’s kind of like coffee, but less jittery and a little more euphoric,” said Larsen. He noted that coca leaf has a much milder effect than cocaine—but in the eyes of the law, “me selling coca to the people is legally equivalent to selling cocaine.”

Larsen’s not new to pushing boundaries. He’s run illegal weed dispensaries. Embarked on a country-wide “Overgrow Canada” campaign in 2016 giving out 5 million cannabis seeds. He even mailed grams of weed to Liberal politicians. He said he tried asking the City of Vancouver for a business license for the mushroom dispensary a couple of years ago, but was unsuccessful.

“I’m pretty good at finding that grey area where you can expand things but take a little risk, but maybe not get arrested,” he said. “And even if that happened, a judge being like, ‘Yeah, Dana deserves to go to jail for a long time because he’s selling people coca tea and a gram or two of psychedelic mushrooms,’ it’s just not going to happen.”

While the legal status of mushrooms in Canada hasn’t yet changed, the government has handed out dozens of exemptions in the past year, allowing people near end-of-life to use the drug and health practitioners (e.g. psychotherapists) to receive training on how to guide patients through a therapeutic trip.

Therapsil, the B.C.-based nonprofit helping people get exemptions, is now threatening to take legal action against the government. They claim the exemptions process is slow and opaque.

Toronto-based lawyer Paul Lewin, who sent a letter to Health Minister Patty Hajdu on Therapsil’s behalf, said the government’s process for granting exemptions to use shrooms is “dysfunctional.”

“There’s no guideline. They’re only granted for consumption of mushrooms But don’t make it clear where people can buy them.”

“It’s a little bit of a fiction. They’ve said we’re not going to talk about where you’re going to get it. Just get it from some mystery spot.”

“If a dispensary like Larsen’s did get busted, it could result in a constitutional challenge against the prohibition of shrooms—one he feels confident lawyers could win.”

“We have enough research. If we fought this in court, we would win,” he said. “We could clearly establish that it’s safe and that it is effective.”

Lewin says, “The government is making many of the same mistakes it made with cannabis. Starting with medical patients. ”

“By granting exemptions to people near end-of-life but not others, such as those experiencing mental health issues, the government is making arbitrary value judgments on who can and can’t receive help. ”

Stacey, a cannabis communications expert, began making microdose psilocybin capsules in late 2018 as an alternative to drinking and weed edibles. She now sells them to a small group of friends, but said she doesn’t have the time or resources to launch a business.

“I just really enjoyed the alternative effects that it had. Especially emotionally feeling like if I took a higher dose, I felt this mental clarity and reset the day after. It was also great for creativity,” said Stacey, who does not want her real name used because selling mushrooms is illegal.

She buys her shrooms from a trusted source and adds ingredients like ginger and lion’s mane to enhance the effects. Lion’s mane is a type of mushroom that some claim can improve cognitive function). Each capsule is 100 to 200 milligrams.

“We’re seeing these big companies full of white people going down to these countries, taking advantage of the fact that the laws and regulations are far more lax than they are in North America, and not doing anything to give back to the communities,” she said. 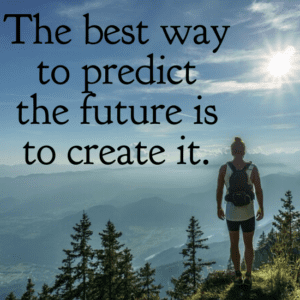