Microdosing is the practice of ingesting small amounts of a psychoactive substance. Enough to get some kind of perceived benefit, but not enough to become intoxicated or feel the psychoactive effects of a full dose.

Microdosing psychedelics has become a popular new wellness trend. You can allegedly get various mental health benefits such as enhanced mood and creativity. Everyone from health-conscious young professionals to high-powered tech executives have credited this as a powerful brain hack: a cognitive boost with no obvious side effects.

Psychedelics have long been associated with creativity. They have been scientifically shown to stimulate neural plasticity, the ability of brain cells to rewire themselves, which is thought to underlie their therapeutic mental health effects.

This has led to the alluring idea of microdosing. What if you can get the benefits of enhanced neural plasticity without the ego-dissolving hallucinatory experience? Just pop a magic mushroom gummy and watch your spirits lift.

There’s big commercial interest here. In the language of startups, microdosing could increase the “Total Addressable Market” (TAM) for psychedelics. Widening the pool of potential consumers. If microdosing has demonstrable benefits, it could help scale up psychedelic medicine. Large doses of psilocybin may have therapeutic effects, but patients require preparation and supervision before, during, and after their experience. Smaller doses with sub-psychedelic effects don’t require such time- and resource-intensive oversight.

Besides, going on a multi-hour psychedelic trip is simply too intimidating for many people.

What if we can turn millions more people on to psychedelics in less time and with fewer side effects by using lower doses of these drugs? And can we sell low-dose consumer packaged goods?

Life advice: When something sounds too good to be true, assume it is until proven otherwise.

Evidence for the benefits of microdosing psychedelics?

Almost all evidence for the benefits of psychedelic microdosing in humans is anecdotal. The few human studies out there rely on self-reported data, which is hard to draw reliable conclusions from. Especially when you’re measuring something subjective.

People are prone to expectancy effects. They are biased to report what they expect to experience. Especially when they really want a particular outcome. This is why double-blind, placebo-controlled studies are the gold standard.

When evaluating self-reported microdosing data, apply a macrodose of caution. For example, this recent study showed that adults who microdose psychedelics self-report lower levels of anxiety and depression. While that’s good to hear, the reported effects were small. Moreover, the data are from people who were motivated by mental health concerns—people who really wanted that result.

These are perfect conditions for expectancy effects. Because the data are self-reported and there’s no real control group, we can’t bank on these results.

Placebo effects and the power of belief

Taken to its lowest extreme, microdosing becomes homeopathy. The dose is so low that it’s zero. Imagine collecting data from health-conscious homeopathy enthusiasts who want to lower their anxiety levels with homeopathy. You give half of them a homeopathic product and the other half a placebo, then ask how they feel. They’re all likely going to report an improvement.

Indeed, this is exactly what was found in the only placebo-controlled study I’m aware of on psychedelic microdosing. The people who microdosed reported improvements, but so did the placebo group, with no difference between them.

Placebo effects are real. But if your mood boost is caused by the mere belief that a 0.1g mushroom chocolate is an antidepressant rather than a pharmacological effect from psilocybin, so what? There’s nothing wrong with a placebo-induced mood boost so long as there’s no downside risk.

But there could be downside risks.

Microdosing psychedelics: Too much of a good thing?

I spoke to medicinal chemist Dr. David Olson, whose lab studies the molecular and cellular mechanisms by which psychedelics and other psychoplastogens work in the brain. On the subject of microdosing, he offered the following words of caution:

In the interview, he referenced homeostatic plasticity, a known brain phenomenon, in which our bodies regulate crucial bodily functions to maintain balance, or homeostasis. Think of it as biology’s “Goldilocks Principle”. When you get too hot, automatic mechanisms kick in to cool you down, such as sweating.  When you’re too cold, there are automatic mechanisms for generating heat, such as shivering. Our systems have to stay in balance for our cells to work properly. Not too hot, not too cold.

When our ability to homeostatically regulate breaks down, many systems can dysfunction. Diabetes is a good example. Normally, blood sugar is tightly regulated. When it spikes after a meal, our body automatically senses this and brings down blood sugar levels to restore balance, or homeostasis.

But the process isn’t perfect. Biology is messy. When your body pulls blood sugar back down to normal, it often overshoots. This can result in fatigue, which is why a “food coma” can follow a big meal.

When this process goes awry, as in diabetes, blood sugar levels drift out of the Goldilocks range for extended periods, which can have a variety of negative physiological consequences.

Can you have too much neuroplasticity?

In the brain, neural plasticity, the ability of brain cells to rewire themselves, is under homeostatic control. Plasticity is crucial for learning. However, if your brain became too plastic or if you cranked up the plasticity thermostat all the way then you would, in some sense, have the mind of an infant. Your existing memories would destabilize. You would have difficulty taking coherent action.

Conversely, if you turned the plasticity thermostat in the opposite direction, you would become rigid, with little ability to learn and adapt.

As with blood sugar, so with plasticity. Not too much, not too little. Your brain has built-in controls to sense when there’s too much growth, and when that happens, it can turn down the “growth thermostat,” causing neurons to shrivel up by trimming back their connections.

In other words, stimulating the growth of too many neural connections can trigger an automatic process that results in the exact opposite. This is the risk with regular microdosing of psychedelics.

Can frequent psychedelic use have detrimental effects on neuroplasticity?

In one experiment, rats were given a small dose of DMT, below the threshold thought to cause psychedelic effects, every third day for several weeks. Similar to single, large doses of psychedelics, antidepressant and anti-anxiety effects were observed. Unlike single doses, which cause robust neuronal growth, small doses of DMT every few days resulted in either no change in growth or a decrease.

The idea here is that if neurons become overstimulated after multiple doses of a psychedelic, the brain might be dialing down its “growth thermostat” to compensate. It’s conceivable this could even make the symptoms of some psychiatric disorders worse, perhaps similar to the food coma that’s triggered when your body undershoots blood sugar levels after a meal-induced spike.

A similar theme emerges from animal studies that used large doses of LSD. Intermittent, high doses of LSD given for more than three months lead to persistent behavioral deficits, while a similar dose given over a shorter timespan had antidepressant-like effects.

The dose and the length of treatment are critical for determining outcomes, which can be either beneficial or detrimental.

And there’s another potential risk from frequently taking psychedelics.

Could frequent psychedelic use cause heart problems?

Psychedelics are most commonly associated with a brain receptor called serotonin 2A (5-HT2A), which is crucial for their mind-expanding effects. But many psychedelics also activate another serotonin receptor, 5-HT2B. This receptor is abundant in heart tissue and is implicated in drug-induced valvular heart disease.

The concern is that, while occasional use of a 5-HT2B drug may not cause any problems, repeated use for extended periods could trigger heart problems, even at a low dose. While this heart issue has not been directly tied to classic psychedelics like DMT, psilocin, or LSD, there is a well-documented history linking valvular heart disease to the long-term use of other drugs that activate this receptor.

Microdosing psychedelics: What should you do?

One thing that’s clear about psychedelics and other psychoplastogens is that both the dose and frequency of exposure matter. Unfortunately, we just don’t know enough to give anyone a clear playbook on the benefits and risks of taking different doses of these drugs over different time frames.

We know that single, large doses given under appropriate conditions can be therapeutic. We also know that lots of people say that microdosing is a game-changer, and there are early indications of potential therapeutic benefits. But there may be serious concerns lurking beneath the surface.

I think adults should be treated like adults. They should be informed of the facts and be free to make their own decisions. As for myself, I’m going to stick with the occasional macrodose.

Nick is Leafly’s Director of Science & Innovation and holds a PhD in Neuroscience from Harvard University and a B.S. in Genetics from the University of Wisconsin-Madison. He is the host of a popular science podcast, which you can listen to for free at: www.nickjikomes.com. You can follow him on Twitter: @trikomes
Until Next Time… 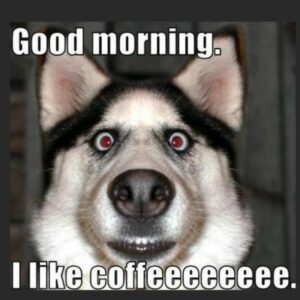