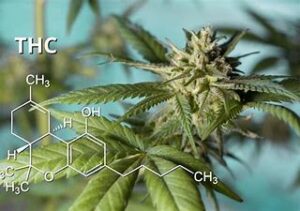 It varies according to dose and frequency of use.

Weed, also known as cannabis, is usually detectable in bodily fluids for 1 to 30 days after last use. As with other drugs, it may be detectable in hair for several months, particularly in people who use cannabis on a daily or near-daily basis.

The cannabis detection windows depend on how much you smoke or ingest, as well as how often. In general, higher doses and more frequent use are associated with longer detection times.

In daily use, cannabis may be detectable for several months after last use.

Read on to find out the detection windows for cannabis in urine, blood, saliva, hair, and more.

How long is it detectable via drug testing?

One of the most abundant components in cannabis is a chemical substance called THC, which stands for delta-9-tetrahydrocannabinol.

Drug tests measure THC and its by-products, or metabolites. These metabolites remain in your system long after weed’s effects have worn off.

How long weed is detectable in your body depends on how much you smoke or ingest, as well as what type of drug test is used.

Urine testing is the most common drug testing method. While detection windows may vary, a 2017 review suggests that weed may be detectable in urine for the following amounts of time after last use:

Blood tests typically detect recent cannabis use, or use that has occurred within the last 2 to 12 hours. However, in cases of heavy use, it’s been detected 30 days after last use. Chronic heavy use increases the length of time that it can be detected. 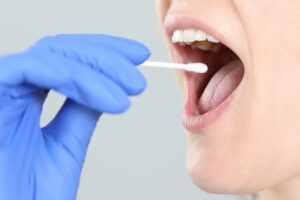 Saliva testing has a short window of detection, and in some cases may detect same-day cannabis use.

A 2020 review found that THC was still detected in the oral fluid of frequent smokers 72 hours after use. THC may be detected in oral fluid longer than in blood after acute use.

Weed can enter the saliva through smoking and exposure to smoke. However, its metabolites are only present in saliva when weed has been smoked or ingested.

In jurisdictions where weed is illegal, oral fluid may be used for roadside testing.

Hair follicle tests can assess drug use for up to 90 days. After use, cannabinoids reach the hair follicles via small blood vessels, as well as from sebum and sweat surrounding the hair shaft.

Since hair grows approximately 0.5 inches per month, a 1.5-inch hair segment taken close to the scalp can provide a window of weed use for the past 3 months.

How long does it take to break down (metabolize)?

THC is absorbed by the bloodstream when a person smokes or ingests cannabis. Some THC is temporarily stored in organs and fatty tissues.

Drug tests look for these metabolites, which stay in your body longer than THC.

Eventually, THC and its metabolites are excreted in urine and stool.

What factors affect how long it stays in your system?

A number of factors affect how long weed stays in your system. Some of these factors, such as body mass index (BMI) and metabolic rate, aren’t related to the drug itself, but to how people’s bodies process and metabolize it.

Other factors are related to weed and how you use it. This includes how much you take (dose) how often (frequency) the route of administration, and the potency of the cannabis.

Higher doses and more frequent use tend to increase the amount of time it takes to eliminate weed from your system.

Is there anything you can do to metabolize it faster?

There isn’t much you can do to speed up the amount of time it takes for THC metabolites to leave your system.

Once THC has entered your system, your body needs time to break it down. Exercising, eating healthy, and staying hydrated may help, but not drastically.

There are weed detox remedies and kits available on the internet. Many require drinking a lot of water to dilute your urine, and then using herbal supplements such as creatinine or vitamin B12 to mask the dilution.

These kits don’t work reliably and drinking large quantities of water in a short period of time can be dangerous, or even fatal.

How long does it take to feel the effects?

Weed’s effects appear almost immediately after smoking. However, it may take 1 to 3 hours for effects to peak when weed is ingested.

THC, the key psychoactive component in cannabis, produces a “high.” Common effects include:

Other short-term effects include:

In rare cases, high doses of weed can cause hallucinations, delusions, and psychosis.

Smoking or ingesting weed on a regular basis may have additional effects on your mind and body. While study findings have been mixed, using cannabis may put some people at an increased risk of developing:

If you use weed while you’re pregnant or breastfeeding, there’s a greater chance that your baby will have birth defects or problems with brain development.

How long does it take for the effects to wear off?

Weed’s short-term effects start to taper off after 1 to 3 hours.

Researchers don’t know how long the effects of chronic use last. Long-term effects may last days, weeks, or months after weed use has ended. Some effects may be permanent.

How long does THC stay in the body?

Generally, THC metabolites are detectable in the body for 1 to 30 days after last use.

Regular cannabis users may have elevated THC levels even after a period of abstinence.

How long does cannabis stay in urine?

A 2017 review suggests that weed may be detectable in urine for 5 to 7 days after last use when used moderately (four times per week).

In chronic heavy use, THC metabolites may be detectable in urine for more than 30 days after last use.

How long does cannabis stay in blood?

In chronic daily cannabis use, THC metabolites may still be detected in blood 30 days after last use.

Will a hit of weed show up on a urine test?

A 2017 review found that a person who has used cannabis just once may receive a positive urine test for up to 3 days after last use.

Will weed show in your urine if it is not a drug test?

No. Only urine tests designed to detect THC metabolites will show cannabis use.

How long does it take to detox from cannabis?

It depends on the frequency of use.

Chronic heavy use may still result in a positive test for THC metabolites on a urine test more than 30 days after last use.

Weed may stay in your system anywhere from several days to several months after last use. Detection windows depend on the drug test used and other factors, such as whether you smoke or ingest weed on a regular basis. 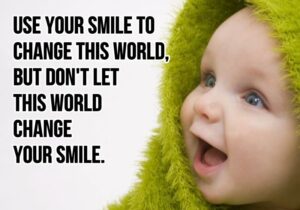 One thought on “How Long Does Weed (Cannabis/Pot) Stay in Your System?”