A commonplace saying among cannabis enthusiasts and growers alike when it comes to personal preference in cannabis strains usually boils down to first picking the category of either sativa, indica, or hybrid strains.

Since the 1700s, people have been using these terms to be able to place their choices of cannabis strains into more manageable categories that help them better predict results and outcomes from any given strain of cannabis.

The old mottos, sativa is uplifting and gives energy, while indicas tend to be more sedating, while hybrids tend to walk the line or lean to one side or the other.

As with anything, common knowledge can sometimes lead people astray, and the topic of cannabis is certainly no exception to the rule.

So, is there any real truth to these labels and distinctions?

Well, it’s complicated, but in terms of being able to predict effects, there doesn’t seem to be much hope if we’re looking at strain criteria in this way.

Endocannabinoid Systems Are All Different

We can all agree that everyone is different. Personalities, physical traits, brain function, and just about everything else are different from person to person. Even twins tend to become quite different over time.

The same is true for the endocannabinoid system. No two are the same in how they function or influence health and gene expression.

With this in mind, it stands to reason that something that directly influences the system as cannabis does would also produce a wide range of different effects in different people.

Sativa and Indica Refer To How A Plant Looks

When people make the distinction between a cannabis sativa and a cannabis indica plant, generally they are referring to how the plant itself grows, and how it and the buds it produces look. CNBS talks about these differences in appearance by comparing the look of the sativa plant vs the look of the indica plant.

‘Sativa’ strains tend to grow slender and tall, and produce longer branches and skinnier buds, while ‘indica’ plants tend to be short but widely spread out and bushy with buds that are dense and stubby.

The leaf structures are also different in the same ways.

The truth is, however, most if not all modern cannabis plants are hybrids. Tracing true genetics has become nearly impossible since cross-breeding has been happening for hundreds if not thousands of years between the two groups of strains.

According to CannabisNow, a leader in cannabis news and media, a plant’s appearance and chemical profile are no longer or rather have never really been, a reliable indicator of whether or not a plant is a sativa or indica strain.

Effects Are All About Cannabinoids and Terpene Profiles

So if you can’t trust looks and recommendations because everyone’s body is different, what would be the most reliable way to see what cannabis strain might be right for you?

The answer is rooted in the cannabinoid and terpene profiles.

Cannabinoid levels (THC and CBD being the most commonly known) determine how much the cannabis strain modulates the endocannabinoid system at the receptor level of CB1 and CB2. These receptors govern how much psychoactivity the strain may have thanks to the THC levels, and how anti-inflammatory a strain is due to the CBD levels.

Terpenes however are what’s responsible for almost everything else. A good example of how terpenes affect us is by comparing cannabis use to a scented candle in a room.

If the candle is lavender, then you feel more relaxed thanks to the terpene known as linalool, which is also found in many cannabis strains that are known to promote relaxation and restfulness.

All other terpenes function exactly the same way. Because of this, smell and taste have a dramatic effect on mood and state of being, including those experienced when using cannabis.

As we’ve seen, everyone is unique, and so is the response to cannabis. It’s much more about terpenes and cannabinoid content than it is about an argument of cannabis sativa vs cannabis indica.

We hope this brief dive into cannabis strains has been helpful!

A Guide to the Evolution of Cannabis Strains, by Zack Ruskin, (2022)

Cannabis (Marijuana) and Cannabinoids: What You Need To Know | NCCIH,NCCIH thanks D. Craig Hopp, Ph.D., Inna Belfer, M.D., Ph.D., and David Shurtleff, Ph.D., NCCIH, for their review of the 2019 edition of this publication. 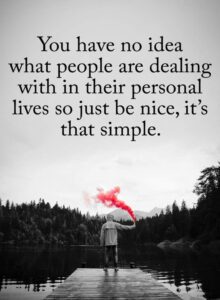