Canada’s first foray into prohibition was largely driven by the anti-Chinese racism that had become rampant in British Columbia during the building of the Canadian Pacific Railway. This was a time when an influx of Chinese immigrants settled in and around Vancouver.

The Opium and Drug Act of 1908 rendered it illegal for Canadians to sell, manufacture, or import opiates and cocaine for non-medical use. The law targeted Chinese Canadians, who bore the brunt of the arrests and ensuing legal penalties.

The ensuing moral panic over illegal drug use spread east across the country. Early “war on drugs”-type media began to proliferate, creating the foundations of a social stigma around drug users.

Tomes such as The Black Candle, penned by the first female magistrate Emily Murphy,perfectly encapsulate the Canadian public’s perception of race and drug use at the time.

It categorically defined addiction as a legal issue as opposed to a public health concern. Murphy aimed to inspire the public to demand the implementation of stricter drug laws. Her hopes would soon come to fruition.

The 1908 Act laid the groundwork for future legislation prohibiting other drugs. Cannabis became a scheduled substance in 1923 when drug legislation was consolidated into the Act to Prohibit the Improper Use of Opium and other Drugs. There is no evidence that the Act was ever discussed or debated in Parliament.

The Opium and Narcotic Act…

The Opium and Narcotic Act followed in 1929. It established strict penalties for those caught consuming, possessing or selling illegal substances. The legislation would be the foundation of Canada’s drug policy for the next 40 years.

At the dawn of the psychedelic 60s, recreational drug use became an increasingly influential part of youth culture. Enter the 1961 Narcotic Control Act. This rendered the possession of cannabis an indictable offence and doubled the penalty for trafficking from seven to 14 years.

The Act also implemented elements of the Single Convention on Narcotic Drugs. This was an international treaty of which Canada was a signatory. It would later be supplemented with further legislation controlling activities related to psychotropic substances such as MDMA and LSD.

Amid the arrests of Canadians with otherwise clean records, the government launched the Le Dain Commission. Its purpose was to examine the use of non-medical drugs. The Commission advocated for more lenient drug penalties. However, the prohibition remained intact and unchanged.

The Controlled Drug and Substances Act…

In 1996, the Narcotic Control Act was repealed. It was replaced with the Controlled Drug and Substances Act. The Act decreased the penalties for possession of cannabis. The Act remains in place today, albeit with multiple amendments.

The Cannabis Act ostensibly legalized weed for all residents of Canada. However, it left gaping holes with regard to the acknowledgment of Indigenous sovereignty.

The National Indigenous Medical Cannabis Association (NIMCA) issued a scathing criticism of Bill C-45, accusing the government of developing the legal framework without consideration for the unique situation of Indigenous people.

The path to Indigenous Sovereignty isn’t through legal weed…

“Once again, Canada is proving it is not onside with First Nation and Indigenous peoples and our sovereign and Inherent rights. The current Liberal government promised to respect our Inherent, treaty and land rights and to honour us with a nation-to-nation relationship,” reads the statement.

This does not demonstrate respect for our sovereign rights or to be true partners in this confederation.”

Raids on unlicensed dispensaries have taken place on Indigenous treaty and unceded lands in multiple provinces since legalization came into effect.

The first blow to Canada’s cannabis prohibition was dealt in 2000 as a result of R. v. Parker, a monumental case viewed by many as the first step towards federal legalization.

The catalyst was the 1996 arrest of medical consumer Terry Parker. He suffered from epilepsy and found cannabis to be an effective treatment for his seizures. Opting to grow his own plants, Parker was arrested after a police raid on his home. He was charged with cultivating and possessing cannabis under the now-defunct Narcotics Control Act.

Parker abjectly refused to stop growing and sharing his crop with other patients, which resulted in further charges against him after a second police raid on his home a year later yielded more plants. Parker asserted in court that consuming cannabis was a necessary element in the control and treatment of his illness. The charges were stayed, and Parker was granted an exemption from the law.

The Crown appealed, but the Ontario Court of Appeal sided with Parker.

“Liberty includes the right to make decisions of fundamental personal importance, including the choice of medication to alleviate the effects of an illness with life-threatening consequences,” reads the landmark decision.

“Deprivation by means of a criminal sanction of access to medication reasonably required for the treatment of a medical condition that threatens life or health also constitutes a deprivation of security of the person.”

The case triggered the federal government to draft the Marihuana Medical Access Regulations in 2001, which granted patients who met certain criteria a legal exemption that allowed them to consume and possess cannabis. It would take another seventeen years for adult-use cannabis legislation to come into force.

Much like the United States, cannabis prohibition in Canada has racist roots

Arrests for cannabis-related convictions have disproportionately affected Black, Indigenous, Asian, and Latinx folks, although there are few resources that collect race-based crime data in Canada.

A 2020 study from the Ontario Human Rights Commission found that in pre-legalization Toronto, Black people represented 34.4% of those involved in single-charge cannabis possession cases, despite representing only 8.8% of the population.

A 2021 analysis of five major Canadian cities published in the International Journal of Drug Policy found that “with just one exception… both Black and Indigenous people are over-represented amongst those arrested for cannabis possession across the five cities examined.”

Another analysis from the same University of Toronto found that this trend appears across the Canadian justice system.

Weed won but the work isn’t done: Mitigating the damage of prohibition

The end of cannabis prohibition did not signify the end of pot persecution for many Canadians.

In 2017, the year before cannabis became legal, over half of all police-reported Controlled Drugs and Substances Act offences were cannabis-related, according to the Department of Justice. Seventy-four percent of those charges were for possession.

The Canadian government implemented a Cannabis Record Suspension program, the initiative was widely criticized as being narrow-reaching and complicated. Instead of issuing a blanket pardon, those seeking a suspension must submit an application to the Parole Board of Canada. Only those charged with simple possession are eligible to apply.

The government estimated that 10,000 Canadians would be eligible for a record suspension. Advocacy groups like NORML Canada, Medical Cannabis of Canada, and Cannabis Amnesty are making moves to mitigate the damage wrought by the thousands of criminal convictions for non-violent cannabis offences across the country.

Advocacy groups are also pushing for legislative changes such as the removal of the cannabis excise tax for medical consumers, the legalization of consumption lounges, and the right to grow cannabis at home in every province.

Did the Cannabis Act legalize weed for everyone?

Cannabis prohibition may be a thing of the past in Canada. However, many consumers still face significant barriers to legally accessing and consuming weed.

Provincial regulations that allow landlords to ban or restrict consumption via smoking or vaping are the norm.

Most provinces ban or heavily restrict smoking and vaping in public places, which often include sidewalks, streets, and local parks.

Even buying cannabis from a licensed retailer can come with complications. Cannabis dispensaries only allow those of legal age to enter the store. Complicating the efforts of solo parents to purchase their weed products from the legal market.

Growing cannabis at home can reduce the cost and render cannabis more affordable. At the time of publication residents of Quebec and Manitoba are currently unable to legally grow the four plants at home to which residents in other provinces are entitled.

The public is currently awaiting a decision.  Provincial legislation allows landlords (and some condo associations) to ban cannabis cultivation in rental units.

Advocacy is just as important now as it was pre-legalization

Systematic barriers are just that, systematic.

Emma Spears is a Toronto-born reporter currently based in Montreal.
Until Next Time… 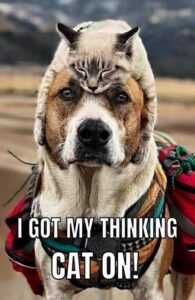